Home > About Us > People: Our Teaching Artists

JAZZ HOUSE KiDS has tremendous respect for the many faculty members who comprise our core staff. They are all accomplished musicians in their own right who have also dedicated a significant part of their professional life to teaching and mentoring the next generation. Meet the faculty who lead ensembles, classes and big bands at JAZZ HOUSE KiDS.

Saxophonist ABRAHAM BURTON was born and raised in Greenwich Village, the “mecca” of jazz.  Abraham spent four years under the watchful eyes of Jackie McLean studying the saxophone with an emphasis on Jazz history.  He performs with his own dynamic group, “The Abraham Burton Quartet.” The collective has been featured at venues and festivals worldwide. Abraham has also been a part of the Mingus family for two decades, performing globally in all three ensembles The Mingus Big Band, Mingus Dynasty and the Mingus Orchestra. Furthermore, Abraham has been active on the jazz scene collaborating with many of today’s icons such as Lucian Ban, David Bryant, Marc Cary, Steve Davis, Dezron Douglas, Duane Eubanks, Josh Evans, Joe Farnsworth, John Hebert, Freddie Hendrix, James Hurt, Eric McPherson, Nat Reeves, and Nasheet Waits.  In recent years, Abraham’s interest has broadened to teaching and sharing his musical knowledge and experience with future generations.

Ted began his career performing in his native Ohio with mid-west legends, organist Bobby Floyd and saxophonist Gene Walker. He received his MM from Rutgers University and studied with master trumpet teacher William “Prof.” Fielder. From 2006-2011, he toured with the Tony Award-winning show “Jersey Boys”. Ted co-led the critically acclaimed quartet “New Tricks”, which released two recordings and toured throughout the U.S. He has performed with artists such as Wallace Roney, Christian McBride, Winard Harper, Don Braden, Melissa Walker, Bruce Williams, Billy Hart, Tia Fuller, Vincent Gardner, Dave Stryker, Josh Evans, Lenny White, Jerome Jennings, and Cecil Brooks III. Ted served as Jazz House Director of Music from 2012 -2015.  Ted continues in his role as the Director of the JAZZ HOUSE Summer Workshop, overseeing the expansion of our flagship program to include students from across the nation and internationally.  He also heads up our various music partnerships to ensure our students receive a rich and comprehensive musical experience.  Ted lives in Jersey City with his wife Rachel.

A masterful trumpeter, Nathan has been part of seminal ensembles of today, including the Vanguard Jazz Orchestra, Mingus Big Band, and Roy Hargrove Big Band, among others. Also an accomplished educator, he serves as an adjunct professor at New Jersey City University. Nathan’s journey at Jazz House Kids began as a teaching artist at the Abington Avenue School in Newark, and he later led various ensembles at JAZZ HOUSE KIDS.  Nathan served as Jazz House Director of Music from 2016 -2018.  Today, Nathan is the Coordinator of the Alumni Teaching Assistant program at the JAZZ HOUSE Summer Workshop and serves as our Coordinator of the Big Band program. In these roles, Nathan brings his passion for youth education and this great music, as well as a host of skills, including incredible compassion and leadership. 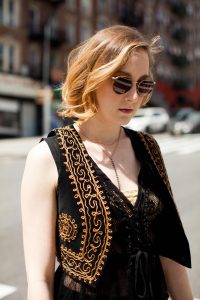 Kelly Green is a pianist/vocalist originally from central Florida who currently resides in Harlem, NYC. She has been singing since she could speak, began piano lessons at age 7, and fell in love with jazz at age 11. She attended the University of North Florida in Jacksonville for her bachelor’s degree and William Paterson University for her master’s degree in jazz piano performance. Kelly performs at many different venues in New York City and the surrounding tri-state area every week with her groups as well as other artists’ ensembles. She loves to perform, compose, teach and learn, and she hopes to inspire future generations to continue the jazz legacy.

As a saxophonist, MIKE LEE has been a part of the New York jazz scene for more than 30 years. He has played with some of the great luminaries of the music and currently performs regularly with Oliver Lake, Wallace Roney, Josh Evans Big Band, Dave Stryker and Loston Harris. Mike is Adjunct Professor of Jazz Saxophone at Montclair State University and maintains a strong private teaching practice.

AMY LONDON is a recording artist on the Motema label, with 3 CD’s that have all garnered wide critical acclaim and international airplay. ‘When I Look In Your Eyes’ and ‘Let’s Fly’ showcase Ms. London as a solo jazz singer, and ‘The Royal Bopsters Project’ represents her deep and rich history with vocal jazz harmony. Released in September 2015, receiving rave reviews from critics across the board, it has stayed in the Top 30 of the jazz radio charts for 14 weeks, earned 4 and a half stars from Downbeat, and was included in the ‘Best CD’s of 2015’ lists of Downbeat, JazzTimes, and All About Jazz. In addition to Ms. London’s role as the quartet soprano on this recording, she was the original quartet soprano in Cy Coleman’s Broadway hit, the 6-time Tony winning and GRAMMY nominated “City of Angels.” She also recorded as Alto II with the New York Voices on “Ancient Tower.” Ms. London has been adjunct vocal faculty at the New School Jazz BFA program since 1992, and is one of the original architects of the highly successful vocal jazz program there. 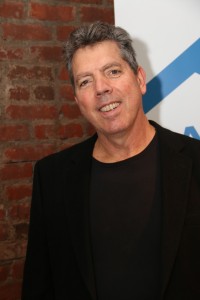 ANDY MCKEE’s unique sound and hard-swinging approach to the upright bass evolved intuitively from his formative years on Philadelphia’s jazz scene, where he worked with Hank Mobley, Johnny Hartman, Slide Hampton and Philly Joe Jones. Moving to New York City in 1980, his musical pursuits flourished through extended tenures with Elvin Jones, Chet Baker, Michel Petrucciani, the Mingus Dynasty and the Mingus Big Band, for which he served as musical director in the late 1990s. Accomplished as a composer and bandleader, Andy has released the critically acclaimed recordings Sound Roots and One World. He is a faculty member at New School University in New York City and has been a guest lecturer at conservatories and clinics around the world. Inspired by his ongoing educational efforts, Andy has published the method book for bassists, “Jazz Bass On Top,” and, more recently, “101 Tips For Upright Bass,” both with the Hal Leonard Publishing Company. 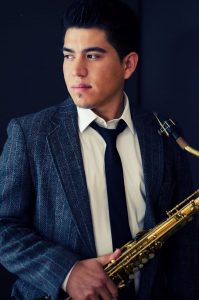 Abel Mireles is rapidly gaining a reputation as one of the region’s promising jazz artists. His pursuance for a career in jazz has taken him to the New York area where he recently had the opportunity to complete a Master of Music in Jazz Studies at William Paterson University. Studying at WPU has given him the opportunity to work with legendary pianist and director of the program Bill Charlap, the great Cecil Bridgewater, pianists Aaron Golberg, James Weidman and Armen Donelian, and saxophonist Rich Perry and Vincent Harring among others.

ED PALERMO is not just a dynamic saxophonist, he is also a prolific arranger, composer, educator and, since 1980, leader of Ed Palermo’s Big Band. Ed has toured and recorded with such luminaries as Aretha Franklin, Tito Puente, Eddie Palmieri, Celia Cruz, Lena Horne and Tony Bennett. He has written and arranged for “The Tonight Show,” Maurice Hines and Eddie Fisher. He also arranged the music for the 2006 James Brown “Soul on Top” concert at the Hollywood Bowl featuring Louie Bellson and led by Christian McBride. Ed was recently commissioned by Jazz House Kids to arrange a medley/mash-up of Wayne Shorter tunes that was performed by the Jazz House Big Band as part of its collaboration with the New Jersey Ballet.

OSCAR PEREZ, one of New York’s most sought after pianists, attended jazz performance programs at the University of North Florida and the New England Conservatory in Boston, where he studied with Danilo Perez. Oscar completed his studies at the Aaron Copland School of Music at Queens College in New York and received his master’s degree under the guidance of Sir Roland Hanna. He recently received a highly coveted Chamber Music America award for his compositional skills and placed second in the Great American Jazz Piano Competition.

DYLAN PRAMUK has had a lifelong association with the highest levels of choral work. He grew up singing in Ragazzi, the extremely demanding boys’ choir in San Francisco, and held down the Bass II chair in the New School University Vocal Jazz Ensemble in the mid 2000s. After graduating in 2009, he continued to work in the group, directed by Amy London. Mr. Pramuk contributed many of the arrangements for ‘The Royal Bopsters Project’ on which he sings the role of quartet bass, Darmon Meader sings tenor, Holli Ross sings alto and Amy London sings soprano. The project features the quartet, who have been compared to the Manhattan Transfer, singing original vocal jazz arrangements and compositions with their bop heroes: Mark Murphy, Annie Ross, Jon Hendricks, Sheila Jordan and Bob Dorough.

Organist and Pianist RADAM SCHWARTZ has built his reputation over the last 35 years playing with such great musicians as Arthur and Red Prysock, Eddie Lockjaw Davis, Al Hibbler, Irene Reid, Jimmy Ford, Cecil Brooks III, Frank Lacy, Jimmy Ponder and David Fathead Newman. Radam has released 6 albums as a leader and 2 as a co-leader, garnering nationwide radio airplay, as well as two composer awards from SESAC (the Society of European Stage Authors and Composers). His CD “Organized” on Muse Records is listed in the Hammond Organ Bible as an all time essential organ recording. In addition, he has either played organ and piano, or arranged and composed on more than 40 other CDs. He has also been in the house bands for some of Newark’s most renowned clubs, such as the Peppermint Lounge and Skippers, and has led the longest running jam session in New Jersey at Crossroads for the last 18 years. Radam has committed over 30 years to jazz education, serving as the musical director of the Jazz Institute of New Jersey for almost 20 years, and now teaching at JAZZ HOUSE KiDS. In 2012, he directed the JAZZ HOUSE KiDS ensemble that won first place at the Charles Mingus competition. He also directs the Mosaic Jazz Ensemble at Rutgers University in Newark, and teaches at the Jazz Academy in Red Bank and at Middlesex County Arts High School.

BRUCE WILLIAMS has four recordings as a leader under his belt and more than 30 as a sideman. He’s toured the world in both roles, performing with the World Saxophone Quartet, Jimmy Scott, Frank Foster, Russell Gunn, Cecil Brooks III, Count Basie Orchestra, Duke Ellington Orchestra, Lincoln Center Jazz Orchestra, Ben Riley and Roy Hargrove. Bruce is Adjunct Professor of Jazz Saxophone at Bard College and has taught at Princeton University, the New School and NJPAC. He currently serves as an ensemble coach for The Juilliard School’s jazz department.