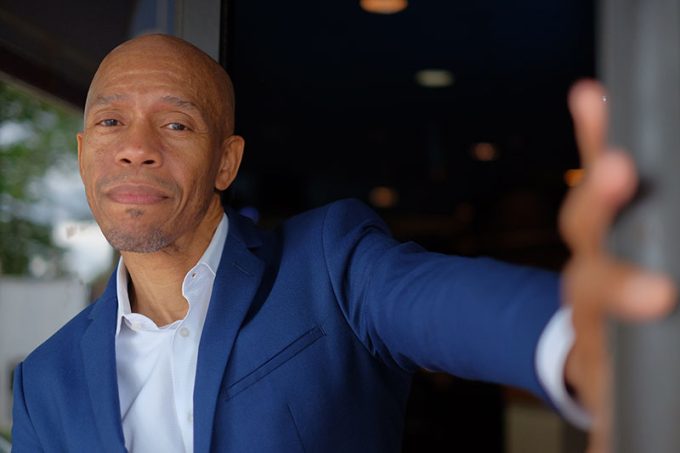 A consummate multi-talented entertainer and performer, Ty Stephens has performed around the world, gaining an international audience with a cool, urban-tinged adult-contemporary sound, based on jazz, funk and R&B.

Born and raised in Philadelphia, Ty Stephens is an award-winning singer-songwriter, entertainer and recording artist. He was the Grand Prize Winner in the Jazzmobile/Anheuser-Busch Solo Jazz Vocalist Competition, in 2006 and won first place in the R&B/Blues category of the 2002 International Songwriting Competition for his composition Somethin’ Strange.

Originally trained in musical theater, Ty has appeared on Broadway in the original productions of Sophisticated Ladies and Marilyn: An American Fable. He is also co-writer and original cast of From My Hometown, co-writer-producer, choreographer and star of the long-running Shades Of Harlem revue show and co-writer-production, choreographer and currently starring in the new off-Broadway hit On Kentucky Avenue.