Immerse yourself in the music of jazz’s iconic composers! Weekly small ensembles focus on the improvised language they used to create their unique sound. (Classes held on Monday and Tuesday evenings 5:30 – 7:15pm, VOCAL ensemble on Wednesday.)

POWER UP YOUR SKILLSET WITH ELECTIVES!

Whether you choose to come to the JAZZ HOUSE studios or log in from across town or across the globe, skills-based elective classes will give you a jump in honing your musical voice! (Classes on Wednesday and Thursday evenings 5:30- 7:15pm.) 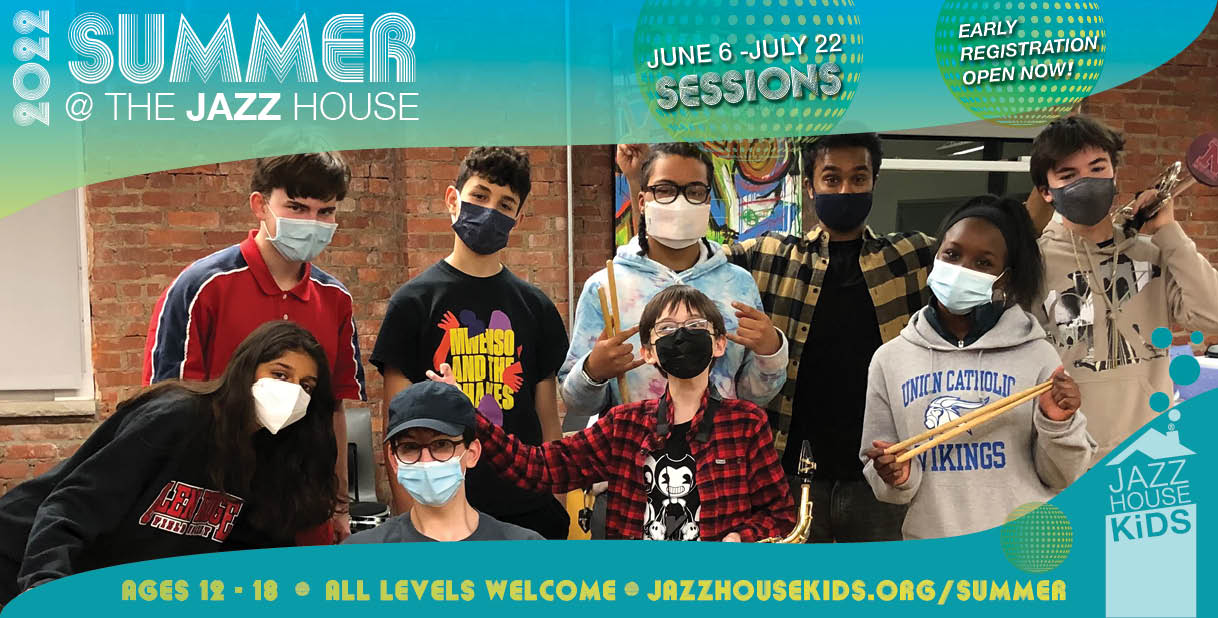 COVID-19 PROTOCOLS: WE CARE ABOUT YOUR SAFETY! Each 90-minute in-person session will adhere to the highest safety protocols recommended by current CDC and State of New Jersey Department of Health guidelines, including: 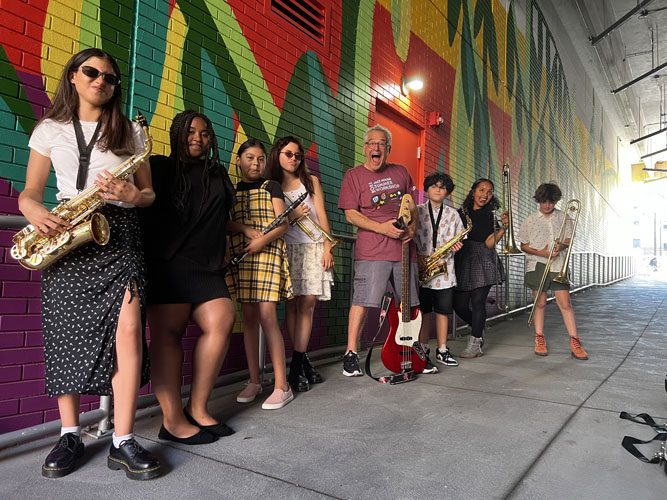 Monday 5:30 PM – 7:00 PM | Beginner
Instructor: Ed Palermo
Dip a toe into the exciting music of SONNY ROLLINS, HANK MOBLEY, and JOHN COLTRANE, composers who are considered some of the greatest improvisers of all time.

Monday 5:30 – 7:30 PM | Intermediate
Instructor: Zoe Obadia
This ensemble explores the music of one of jazz’s greatest pianists and composers. As a founding member of the Jazz Messengers in the mid-1950s, Silver’s music shaped much of the modern sound of hard bop and paved the way for how much of small group jazz sounds today. Join saxophonist and JAZZ HOUSE alum Zoe Obadia as she teaches some of Silver’s classic songs, which are vital to any modern day jazz player’s repertoire!

ORGAN MESSENGERS – QUEENS OF THE ORGAN

Monday 5:30 – 7:30 PM | Intermediate
Instructor: Radam Schwartz
School yourself in SHIRLEY SCOTT, RHODA SCOTT, TRUDY PITTS, and GLORIA COLEMAN who pioneered their mixture of bebop, blues and gospel on the B3 Organ.

Tuesday 5:30 – 7:15 PM | Intermediate to Advanced
Instructor: Bruce Williams
This ensemble for advanced students is a deep dive into the music and legacy of the great alto
sax legend, JACKIE MCLEAN. As a New York City native, McLean took his bebop roots to
new heights, exploring his own sound and style and becoming one of the most influential and
recognizable voices in jazz from the 1950s until his death in 2006. Join Bruce Williams as he
passes on the wisdom he received from his hero and teaches many of the classic songs from
McLean’s Blue Note recordings that put him on the map as one of jazz’s greatest innovators! 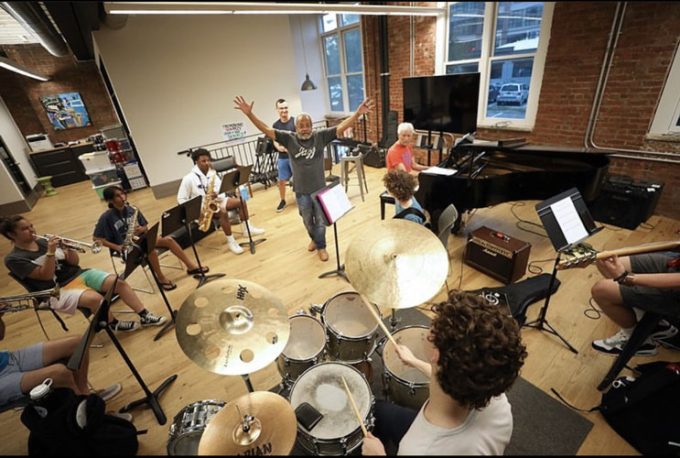 Tuesday 7:45 – 9:15 PM | Intermediate to Advanced
Instructor: Nat Adderley, Jr.
Soul and R&B from one of the best in the business, the great pianist and producer Nat Adderley, Jr.! This class will focus on the essential tunes, stylistic nuances, and grooves that became the soundtrack for American culture. From JAMES BROWN, PRINCE, SLY AND THE FAMILY STONES, EARTH WIND AND FIRE, CHAKA KHAN, LUTHER VANDROSS and more, this ensemble will get you in the pocket with R+B ballads, mid-tempo grooves, and high energy hits. “Get on the good foot!” Book your Tuesday nights to learn the classics of funk!

Wednesday 5:30 – 7:30 PM | All levels
Instructor: DYLAN PRAMUK
Our repertoire will celebrate CARMEN MCRAE, one of the most influential and lauded of all
jazz singers. Inspired both by Billie Holiday and bebop, she was a singular interpreter of lyrics,
communicating with emotion, wit, spontaneity, harmonic savvy, and tenacious integrity 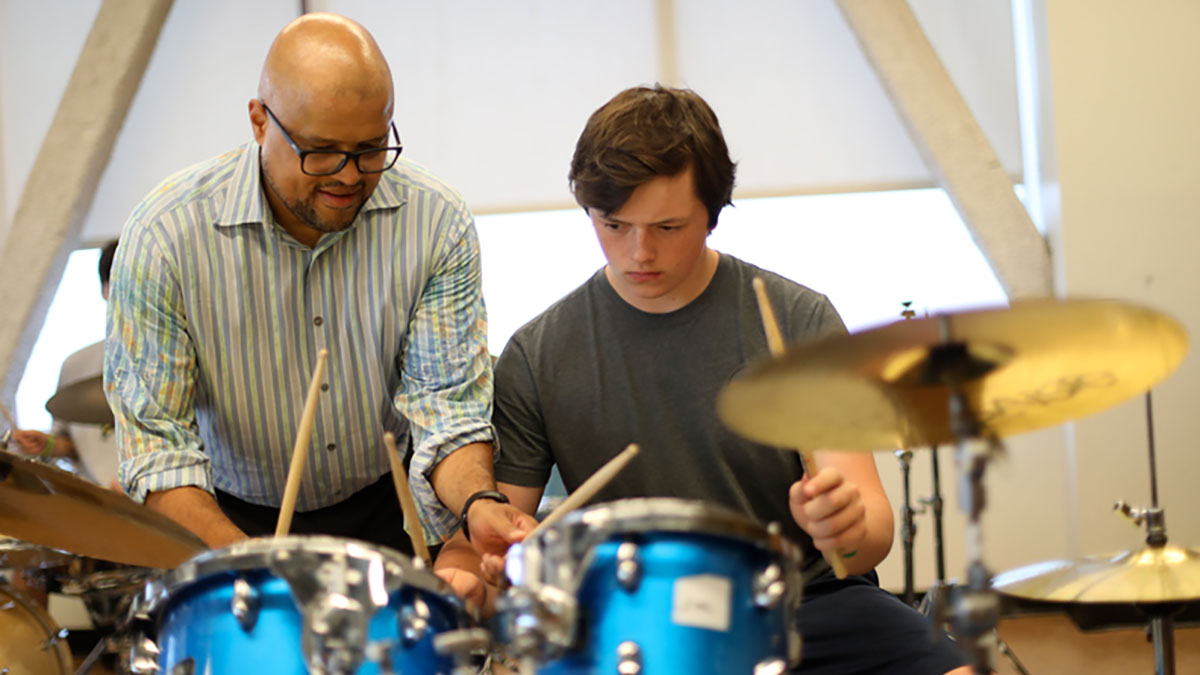 POWER UP YOUR SKILLSET WITH ELECTIVES

Whether you choose to come to the JAZZ HOUSE studios or log in from across the globe or
across town, our electives classes will give you a jump in honing your musical voice.

Thursday 4:00 – 5:30 PM ET | All levels
Get started on your own creative path now by unlocking your true artistic voice through composition. The session will end with a recording of your new music!

Supported by the Les Paul Foundation
Thursday 5:30 – 7:30 PM ET | All levels
Instructor: Peter Lin
Get a leg up on producing your own material by exploring the essential recording and production techniques to create videos. 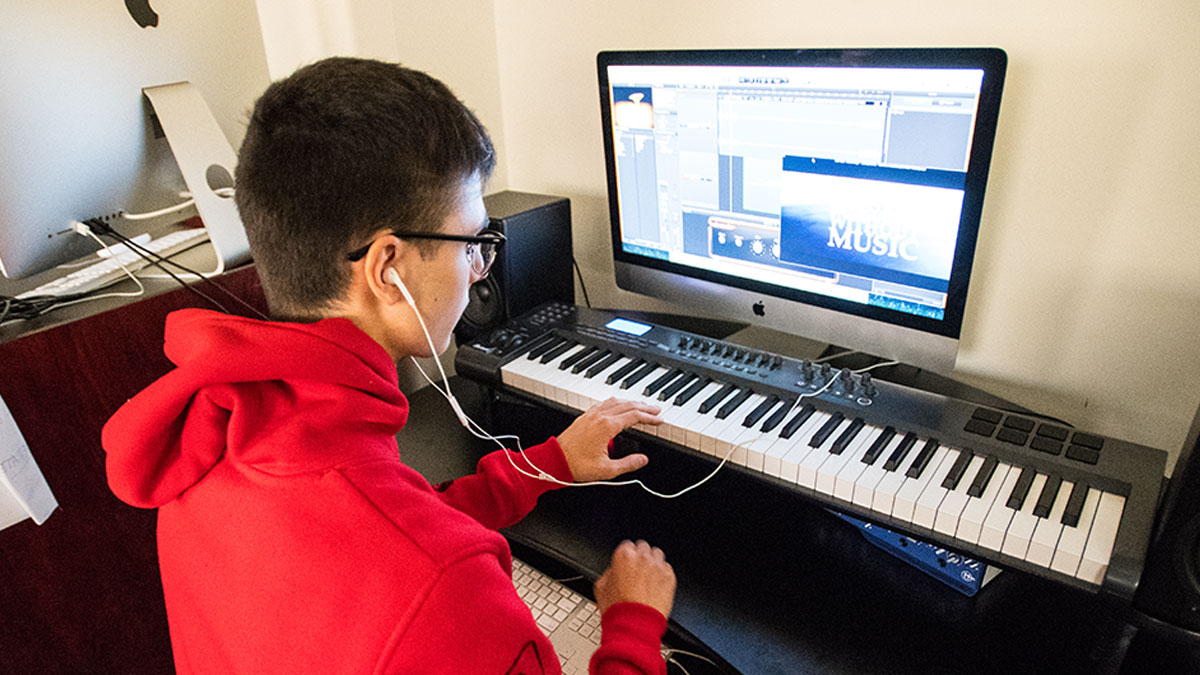 All students from beginner to advanced ages 12- 18 are welcome! Students outside of age range will be accommodated based on experience level.

New or returning students are asked to prepare and submit video auditions for placement in the appropriate level class. Audition guidelines and materials can be found on the Audition Process page on our website. The same audition will be used for Fall 2022 classes.

Please note that final ensemble placements are at the discretion of the Director, considering instrumentation needs and student level. Students are welcome to register for multiple ensembles if instrumentation allows.

Call us at 973-744-2273 or email via studentservices@jazzhousekids.org

HELP US KEEP swinging straight ahead