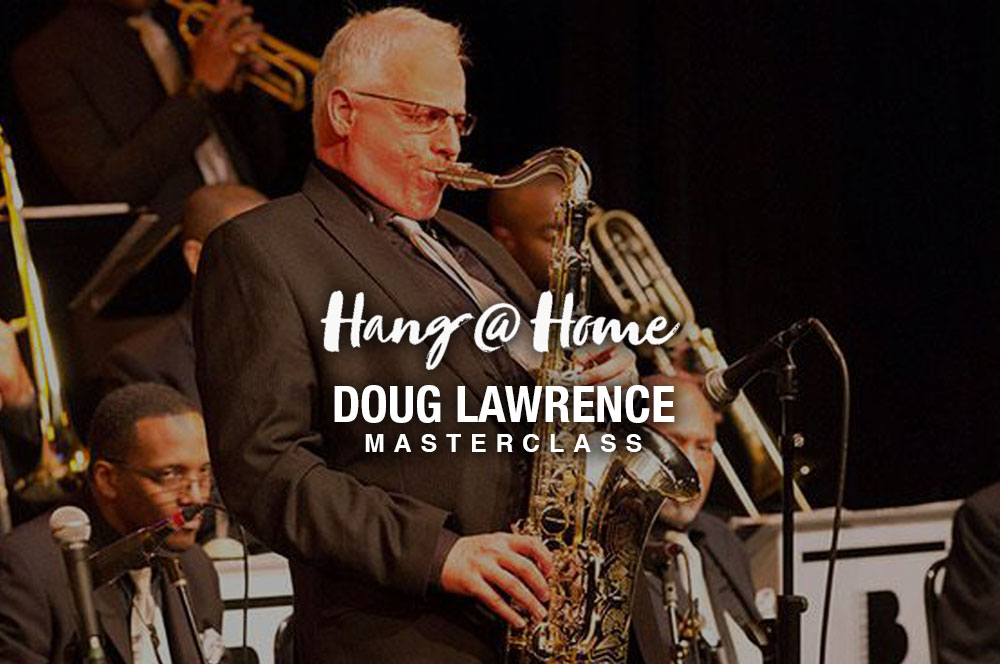 JAZZ HOUSE KiDS is thrilled to announce that this Wednesday, April 15, our Hang@Home Masterclass will feature DOUG LAWRENCE, acclaimed tenor saxophonist from the 18-GRAMMY Award-winning Count Basie Orchestra! Doug will explore the styles and key elements of the orchestra’s saxophone section and legendary soloists.

Doug Lawrence has spent the last 20 years in New York City, where he has worked with Tony Bennett, Aretha Franklin, and Roy Eldridge among others. He has recorded with many prominent jazz musicians such as Buck Clayton, Dizzy Gillespie, Ray Charles, Wild Bill Davis, Hank Jones, Mel Lewis, and George Cables, and produced four albums as a leader. A frequent guest clinician and artist-in-residence at universities and jazz camps across the world, Doug has been a featured performer at Carnegie Hall, the Kennedy Center, the Village Vanguard, the Walt Disney Concert Hall and at international concert halls and jazz festivals including the Sydney Opera House, the Moscow International House of Music, the Blue Note Tokyo, Telluride Jazz Celebration and the North Sea Jazz Festival. In addition to being the featured tenor soloist with the Count Basie Orchestra, Lawrence works with the drummer Jimmy Cobb and leads his own band called the Doug Lawrence Organic Trio or Quartet.

Founded in 1935, the Count Basie Orchestra featured many of the greatest instrumentalists and vocalists in jazz, including Billie Holiday, Lester Young, Sweets Edison, Joe Jones, Joe Williams, Snooky Young, Frank Foster, Thad Jones, Frank Wess, and Clark Terry, amongst others. The legendary orchestra has performed for royal audiences across the world; was been featured in movies, television shows, TV and radio commercials; and won every respected jazz poll in the world at least once. Its 18 GRAMMY Award wins are the most for any orchestra of all time.