[INSIDE] THE JAZZ NOTE®: “INSIDE THE ARCHIVE: THE ENDURING VALUE OF A JAZZ ARCHIVE” 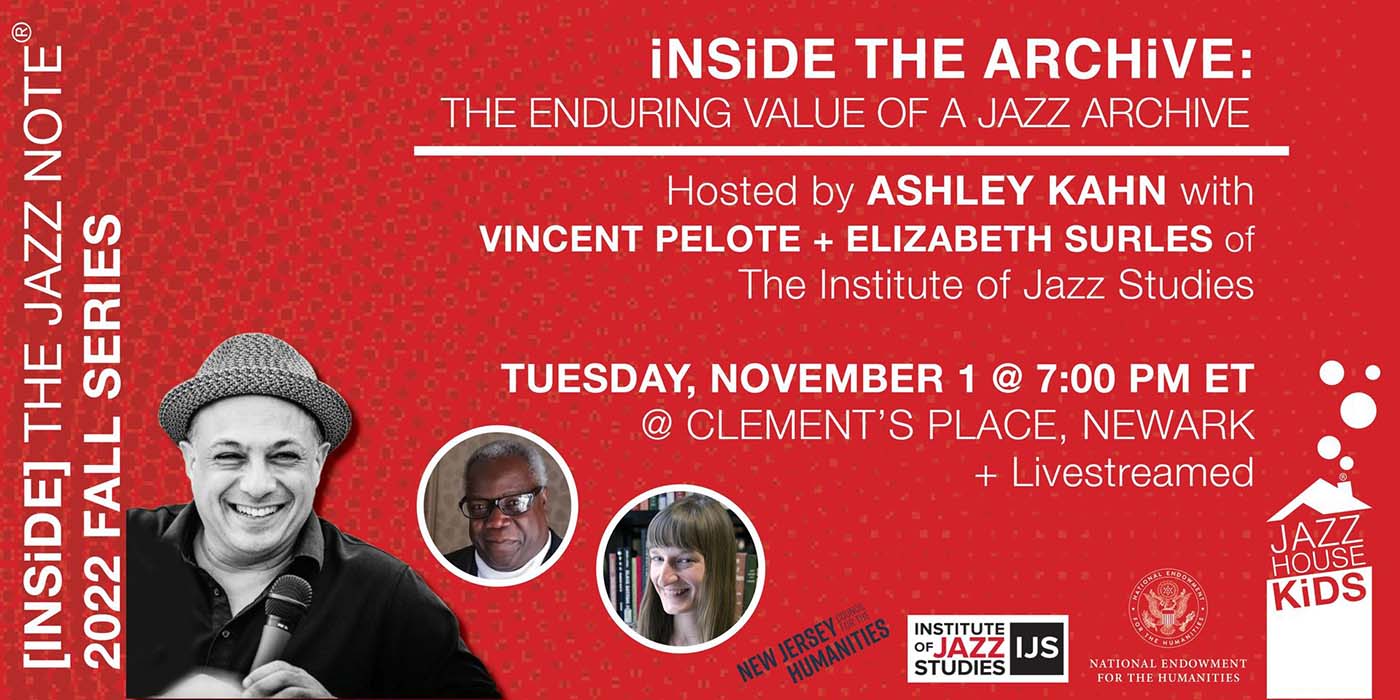 “INSIDE THE ARCHIVE: THE ENDURING VALUE OF A JAZZ ARCHIVE”, HOSTED BY ASHLEY KAHN

Ashley Kahn is joined by Elizabeth Surles and Vincent Pelote, archivists at the Institute for Jazz Studies, for a discussion on the power of storytelling through a jazz archive and the importance of these resources in better understanding our own music and history.

Ashley Kahn is a Grammy-winning music historian, author and producer, a wearer of hats, is wary of autocrats, loves jazz but is allergic to cats. He has written titles on legendary recordings — A Love Supreme by John Coltrane, and Kind of Blue by Miles Davis — and on a record label: The House That Trane Built: The Story of Impulse Records; and co-wrote Carlos Santana’s autobiography The Universal Tone: Bringing My Story To Light. His most recent book, George Harrison on George Harrison: Interviews and Encounters was published in August 2020. He teaches at New York University’s Clive Davis Institute for Recorded Music.

Vincent Pelote, Senior Archivist and Digital Preservation Strategist, holds a B.A. in Music Education and a M.L.S. from Rutgers. He has published several discographies, including one on Lionel Hampton in the vibraphonist’s autobiography. He is active in the Music Library Association and in the Association of Recorded Sound Collections, where he has served as President.