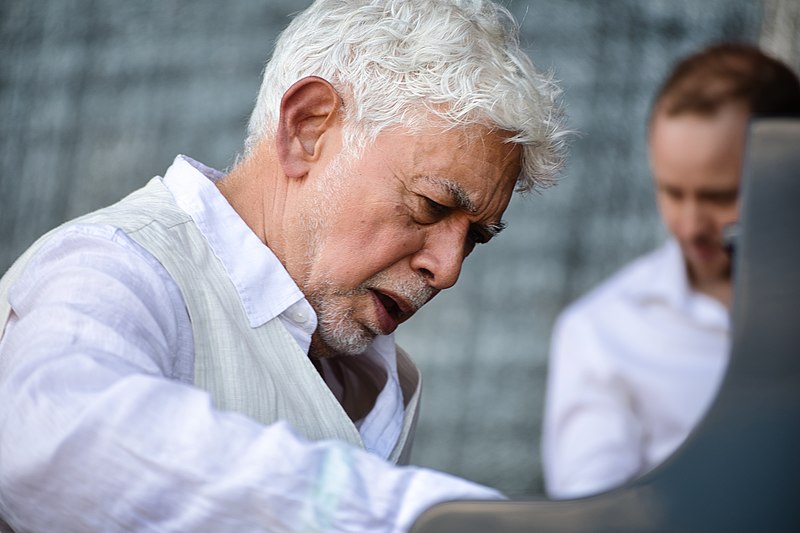 Nearly 60 years after he moved to the United States from Kingston, Jamaica, pianist Monty Alexander is an American classic, touring the world relentlessly with various projects, delighting a global audience drawn to his vibrant personality and soulful message. His spirited conception is one informed by the timeless verities: endless melody-making, effervescent grooves, sophisticated voicings, a romantic spirit, and a consistent predisposition, as Alexander accurately states, “to build up the heat and kick up a storm.”

Monty Alexander has performed and recorded with artists from every corner of the musical universe and entertainment world: Frank Sinatra, Tony Bennett, Ray Brown, Dizzy Gillespie, Sonny Rollins, Clark Terry, Quincy Jones, Ernest Ranglin, Bobby McFerrin, Sly Dunbar, and Robbie Shakespeare, among others. To date Alexander has recorded over 70 albums as a leader.

Among his many honors is the title of Commander in the Order of Distinction, awarded to him by the government of Jamaica, for outstanding services to Jamaica as a worldwide music ambassador. The Harlem Kingston Express is the culmination of years of searching for the formula that would allow him to keep both of his musical identities—American and Jamaican—intact and interacting live on stage in the same space.