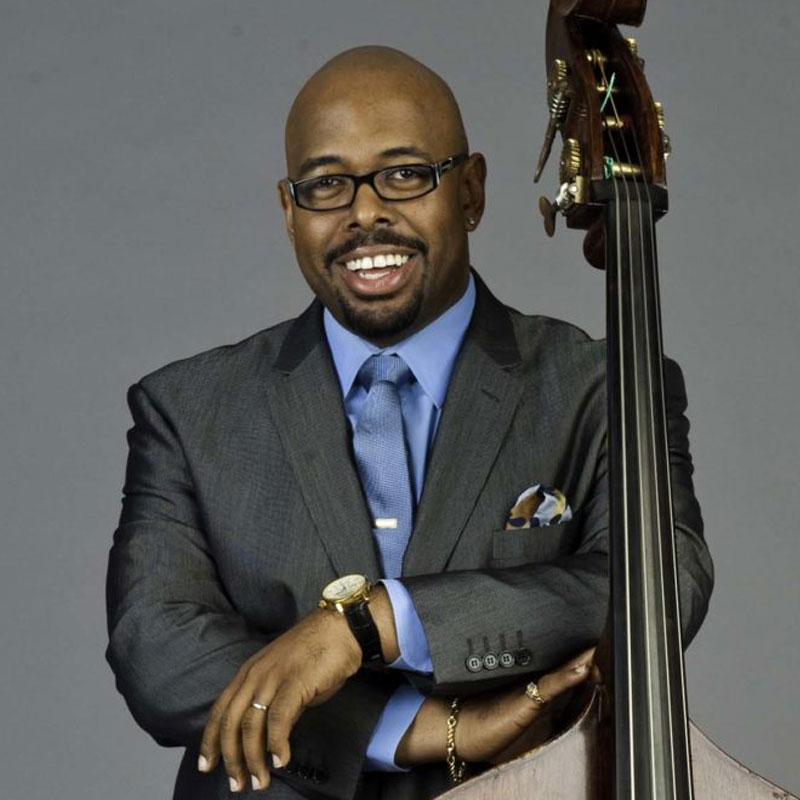 A world renowned bassist, composer, arranger, educator, curator, administrator, and five-time GRAMMY Award-winner, Christian McBride has been one of the most important and prolific figures in the jazz world for 20 years. He recently won a 2016 GRAMMY Award for “Best Improvised Jazz Solo”, the only bassist to ever win at this category, and was appointed Artistic Director of the Newport Jazz Festival.

McBride currently hosts and produces a show on SiriusXM Satellite Radio, and NPR’s “Jazz Night in America”. He serves as Board Member and Artistic Chair of Jazz House Kids, Artistic Director of the Montclair Jazz Festival, and Artistic Advisor for Jazz Programming at NJPAC. His most recent recording is titled “Live at the Village Vanguard.