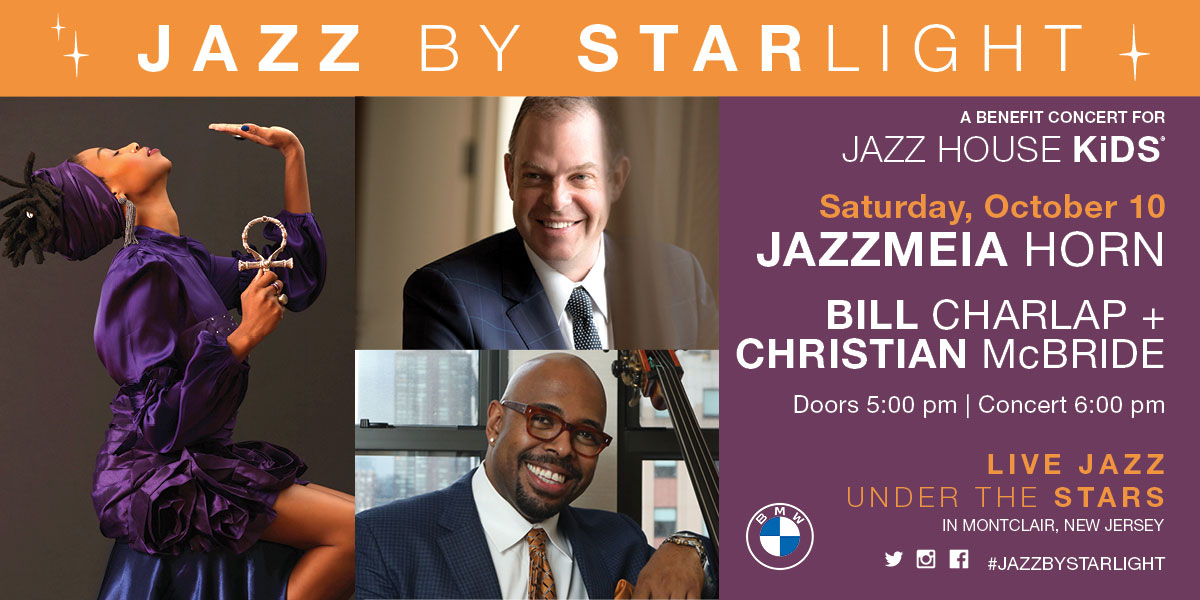 Jazz by Starlight, a JAZZ HOUSE KiDS benefit concert, features Christian McBride, Bill Charlap, and Jazzmeia Horn on night two.  When the COVID-19 shutdowns began, JAZZ HOUSE KiDS quickly pivoted to online programming, and has since served hundreds of students, provided teaching and performance gigs for 60 musicians, and engaged over 400,000 virtual jazz fans worldwide. Help us continue to play through the changes by donating to the JAZZ HOUSE KiDS RESiLiENCY FUND. 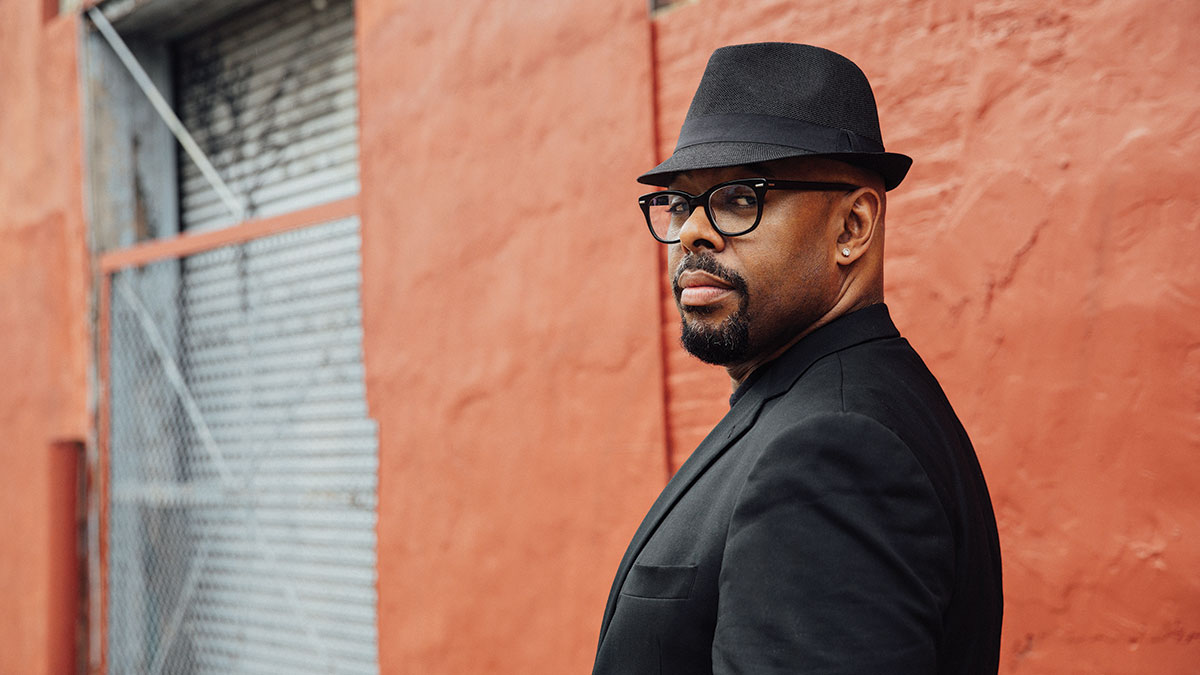 Pianist Bill Charlap has performed with leading artists of our time, from Phil Woods to Gerry Mulligan to Wynton Marsalis, and JazzTimes magazine describes his style as one of “surpassing grace and proportion.” Noted for his interpretations of American popular songs, he has recorded albums spotlighting the music of Hoagy Carmichael, Leonard Bernstein, George Gershwin, Irving Berlin, Cole Porter, Richard Rodgers, and Duke Ellington. His collaboration with Tony Bennett, The Silver Lining: The Songs of Jerome Kern, won the 2016 GRAMMY Award for Best Traditional Pop Vocal Album. 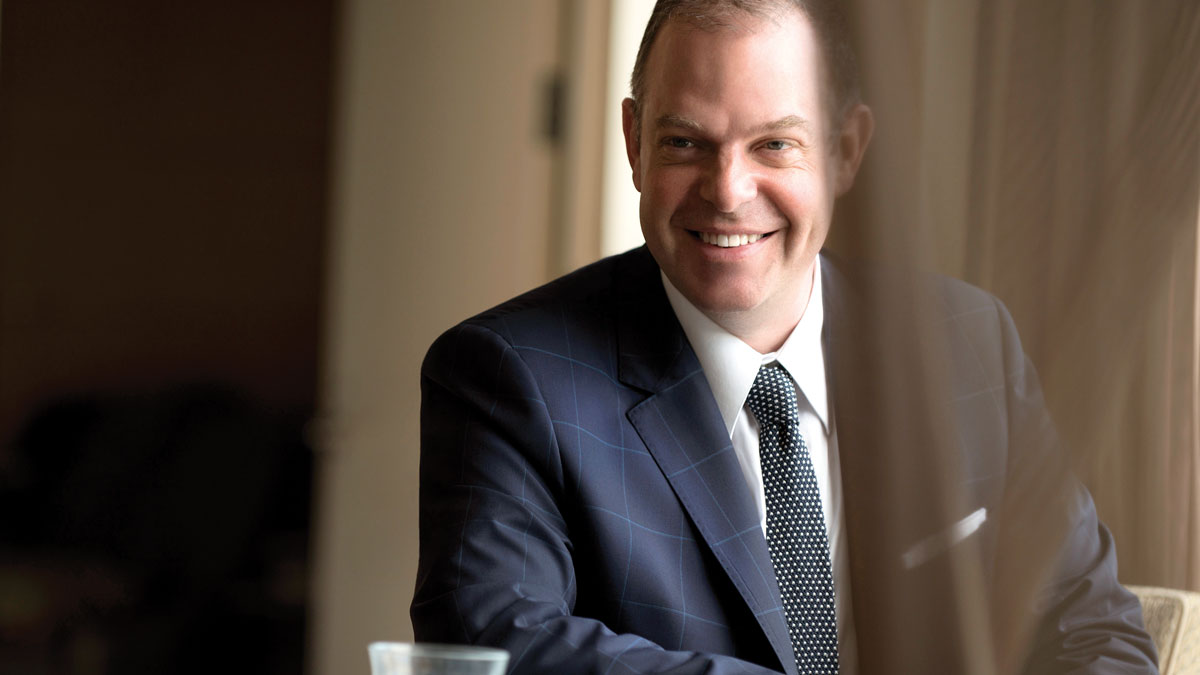 The Bill Charlap Trio, with bassist Peter Washington and drummer Kenny Washington, marks its 23 st year together this season. For the past 16 years, Charlap has served as artistic director of the annual “Jazz in July” festival at New York City’s 92nd Street Y. He is currently Director of Jazz Studies at William Paterson University in Wayne, New
Jersey.

A name isn’t destiny, but in the case of vocalist extraordinaire Jazzmeia Horn her given moniker led directly to her high school exploration of her namesake tradition. Possessing a luminous gift that the late great Jon Hendricks called “one of the best voices I’ve heard in over 40 years,” the Dallas native is soaring into the jazz firmament, moving from triumph to triumph, including first place at the 2013 Sarah Vaughan International Jazz Vocal Competition and top honors at the star-making 2015 Thelonious Monk Institute International Jazz Competition. 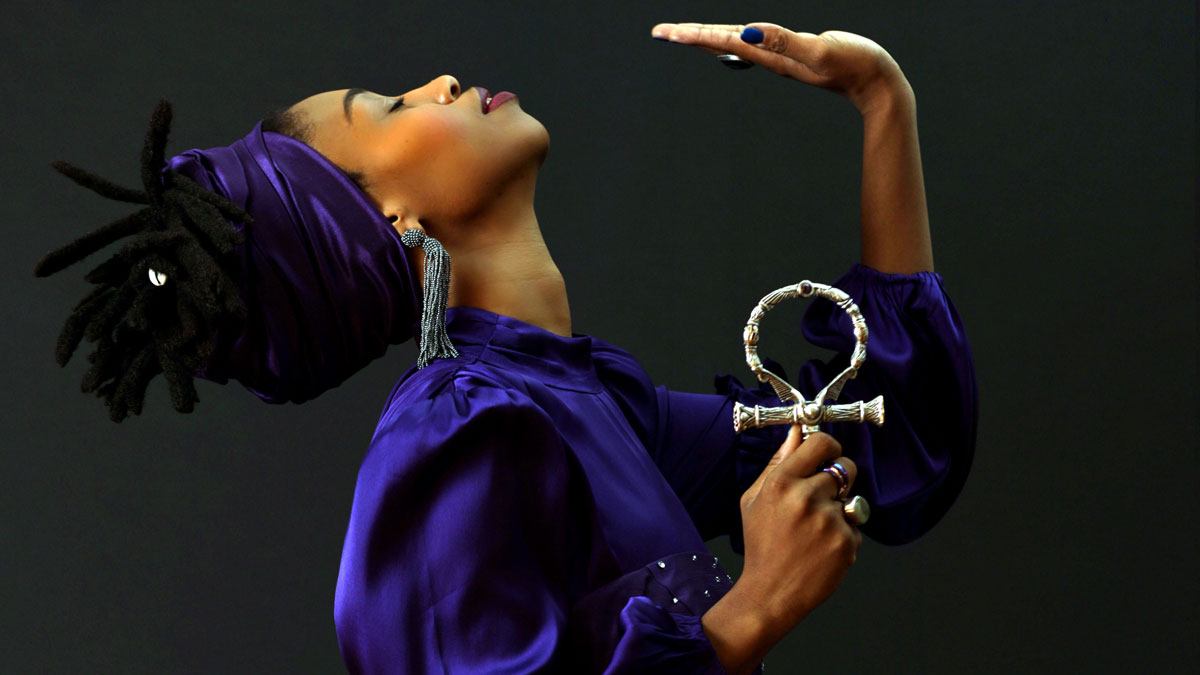 The Monk triumph led directly to her 2017 debut A Social Call (Prestige), which was nominated for a GRAMMY Award and voted the best jazz vocal debut in the 2017 NPR Music Jazz Critics Poll. Drawing on the masters who came before her, Horn is rapidly defining herself with a glorious sound, smart arrangements and growing confidence as a bandleader. With a name that’s easy to remember and talent that’s impossible to forget, Jazzmeia Horn is the real deal. 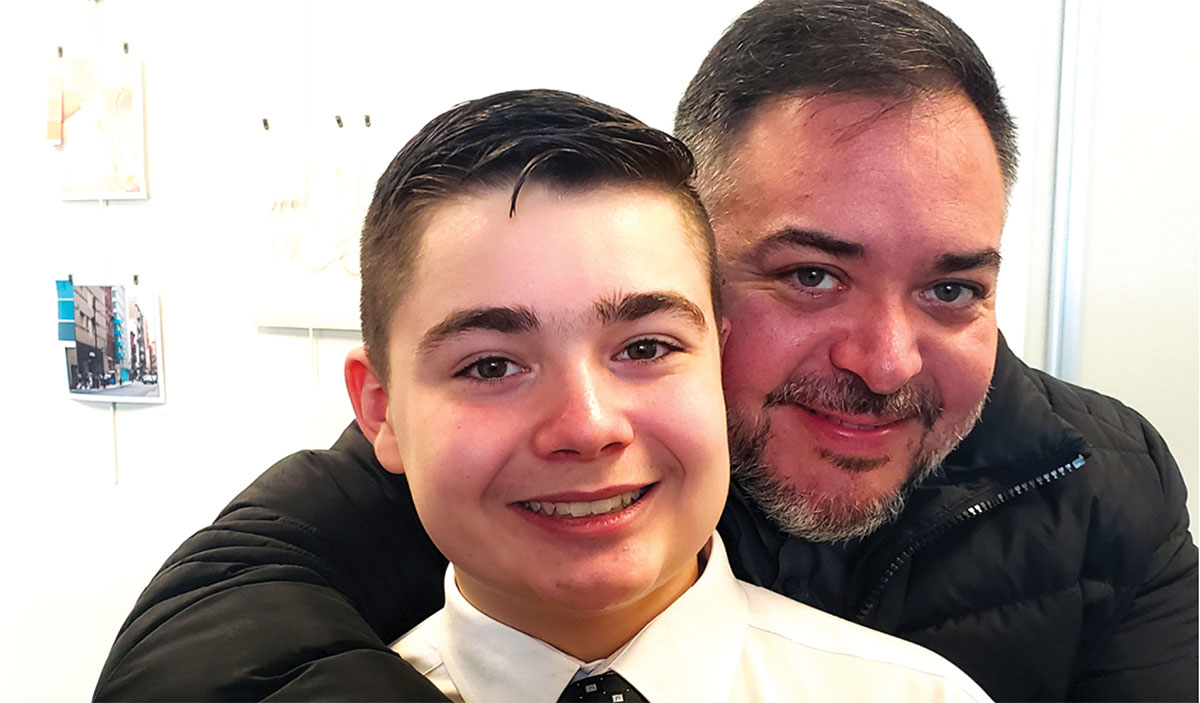 Clap Your Hands! with Allison Miller